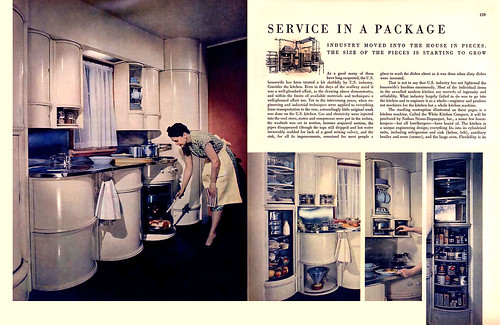 ... trash can modern!, a photo by x-ray delta one on Flickr. 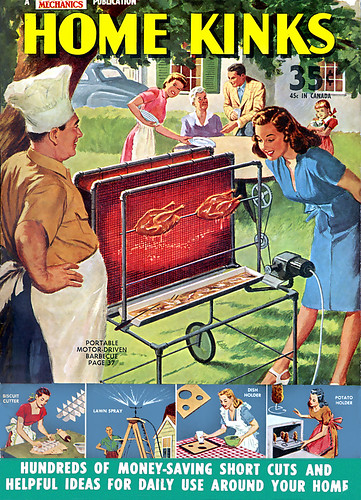 Excerpt from The House on the Hill, 1985 a video by Seattle Municipal Archives on Flickr.

OK you guys (as Scotty Mac would say) here's my picks for the top movies I SAW in 2012! Again, these aren't theatre based, these are actually all movies I saw in the comfort of my own home. I tend to not fool around with reviews once I have completed them, I just let them be. I was for sure convinced a few months ago that "Chronicle" was the best movie I saw this year. But, reading my reviews, this was not to be. I don't EXACTLY agree with my top choice, but that's what it says, so I'm not touching it.

10) Contact (1997)
Although it gets a wee bit mathematical and metaphysical for its own good at times, Contact is still pretty easy to follow and pretty gosh darned entertaining. Jodie Foster stars here as a astronomer convinced there's Someone Else Out There. When the voices she continues to look for finally do come through, everyone predictably goes batshit trying to figure out What Does It All Mean, the solution, and the final outcome is all quite interesting and fascinating to a somewhat-techni-geek like me. Jodie Foster does a good job in a demanding role, and she's got quite the cast of veteran actors to support her, including Matthew Mcconneaghey, James Woods and Tom Skerritt. It does get preachy at times, but overall, a fun time!

9) Hugo (2011)
Very well done story about a fictional (?) boy named Hugo, and wanting to find out the secret behind the animatronic man he inherited from him Father. The connections lead to the mysterious man in the trinket shop at the train station. I had heard a lot about how great Hugo was, but somewhat purposely avoided to find out what it was about except hearing little hints along the way (It was a tribute to the movies! A Trip To The Moon is somewhat involved!) and I'm glad I did. Hugo is made by Martin Scorcese, clearly a guy who loves the historical background of the movies (I've actually seen, and touched his collection of films at tthe Eastman House Archives (no public access!) and this was obviously a labor of love for him. I enjoyed it. I wasnt neccessarily OVERWHELMED by it, but it was cute, it seemed to have a bit of a "Chaplin" feek to it though, and may have just been a wee bit senitmental. The Academy made the right choice in giving the Best Picture Oscar to "The Artist", the OTHER film about the love of the movies.

8) Bad Ronald (1974)
I keep hearing stories about people "moving in" to homes via secret rooms etc. Well, what if the original tenants didn't leave? And further more, what if that tenant was accused of murder? Hahaha! This is the premise of this nifty little 70's thriller about a social outcast living with (of course) a controlling mother. After he accidentally kills someone (and buries her... not the smartest thing to do) his Mom, none to wise either, decides the best thing to do is to hide him in a false room in the house. Soon after, Mom dies in the hospital, leaving Ronald all alone. That is, until the next tenants move in. Completely wonderful premise, delivered by great acting, and a somewhat cheesy 70s feel to it. Comes highly reccomended by me!

7) Pursuit To Algiers (1945)
Pretty awesome way to finish off (for me that is, I previously had watched the final two in the series earlier in the year (or maybe earlier than that loll) The Basil Rathbone / Nige Bruce Sherlock Holmes series. Holmes and Watson are on board a ship trying to protect a young head of a foreign country from being kidnapped or killed. They take a cruise ship to where they're supposed to go with a lot of suspicious characters. Who are they and why are they are on board? All of them are explained in due time. This is all terribly entertaining as the plot, although with some implausabilities, twists and turns to it's delightful (but again, somewhat implausable) surprise ending. One of the best!

6) Invasion Of The Body Snatchers (1978)
Obviously the best of the bunch of the "Invaasion" movies I've seen (though I havent seen the Nicole Kidman version yet) this one has less of the commie menace feeling towards it and more terror. Donald Sutherland, everyone's favorite Horror Canadian, plays a health department official stumped by a wave of cases where people say they're loved ones "just aren't themselves". Brooke Adams and Leonard Nimoy join the fun. Also, nice little surprise and nod to the original there :)

5) Avatar (2009)
Great movie, except it's a LOT of rehashed ideas from James Cameron. Robots! Evil Corperate Guys! Fantastic worlds! etc, But there are things you probably have never seen before, and the 2 hours and 40 minutes of this one just zip on by.

4) Alice In Wonderland (2010)
I really really liked this, and this easily is my favorite Alice In Wonderland adaptation. But... I am GUESSING it's not an adaptation then? Yeah, same characters and whatnot, and I was wondering what was with all of this interesting departures from the book, but it's all explained... brilliantly. So much fun, interesting ideas and awesome special effects. Shame I didn't see this in the theater. One of the best movies I've seen this year.

3) Chronicle (2012)
The best movie I've seen this year! OMG. lol. Imagine if you inherited super powers, WHAT WOULD YOU DO?? When 3 High School students go down a hole and find something buried beneath the earth, that thing bequeths them superpowers! First they learn to levitate stuff, then they learn to levitate themselves, then, they find out more. But, as Yoda has said, with great power comes great responsibility. How much can they get away with? This is all explored and played with quite brilliantly. The special effects on this one are quite awesome, with an ending that's both fun AND awesome. You can compare this easily with Cloverfield (one of my fave movies from a number of years ago).

2) The Artist (2011)
Pretty much a triumph for all involved, "The Artist" is a true love letter to the joy of filmmaking, ranking right up there with "Singih' In The Rain" as one of the greatest movies about moviemaking. I have no idea who the director or the stars of this movie are, but this makes me want to see more of them. And I also like how the film is dotted with character actors you may know and love (John Goodman is great here). Filled with lots of tiny little things you may not notice on first viewings (I love the scenes on the studio staircase!) this is a film you can watch over and over again!

1) The Spider Woman (1944)
Probably the best Sherlock Holmes movie I've seen! There's lots of one-ups from both Holmes and his new nemesis, Andrea Spedding, which makes this a whole pile of fun. Some racist stuff going on, but oh well. Amazing ending too. A Must See!

For those of you on my Facebook, (and if you're not, you can be! Just friend request me HERE and send me a message saying who you are) you are very familiar with my "Single Of The Day". Where I profile a song and video of a chosen artist. This whole thing started when I wanted to showcase Corey Hart's ridiculous acting in his videos. The first one was "I Am By Your Side" and then it continued with the videos I knew. But then I thought, wait, why don't I showcase all of them, maybe I'll see some that I havent heard and liked? After that was done (and there were some I liked) I chose another random artist (which was Gary Wright.. omg I forgot about that) and then I just continued and continued.. The artists which I covered this year were..

It's been fun, and It's something I look forward to doing rather than dreading. I've had some highlights, probably the biggest being Whitney Houston dying IN THE MIDDLE OF HER SPOTLIGHT. People were going after me asking if this was cursed. Luckily, Faith Evans didn't pass, so all is well. I have summarized my picks via the Best Ever Videos Of The Day! for the best ones, and Best Undiscovered Songs! for the best song I've never heard by an artist I'm familiar with.

The discovery of Gilbert O'Sullivan has been quite a revelation for me. I love his early stuff, so simple and melodic. This is my favorite of his (close second is Matrimony)

I can't figure out which is worse, the over-sentimental song, or that video and the amazing wardrobe choices..

BEST VIDEO OF A SONG I PREVIOUSLY HATED:

I don't care for the song at all, but that video is awesome.

My friend, Brendan James Boyd made this, and it's pretty awesome. 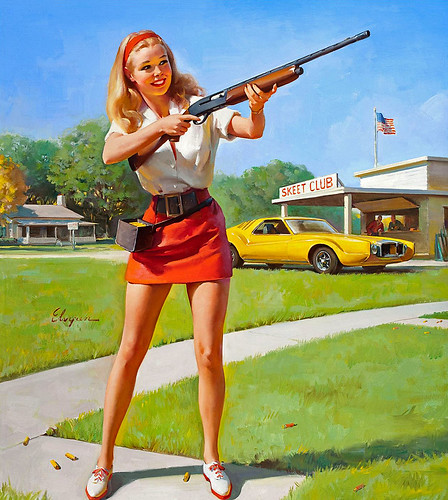 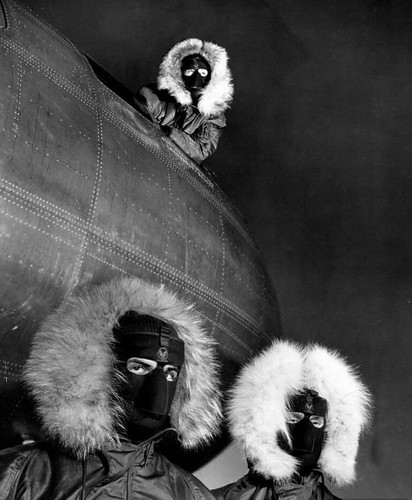 ... cold Cold War, a photo by x-ray delta one on Flickr.
Collapse